Poster for the 2020 Cambridge performance: 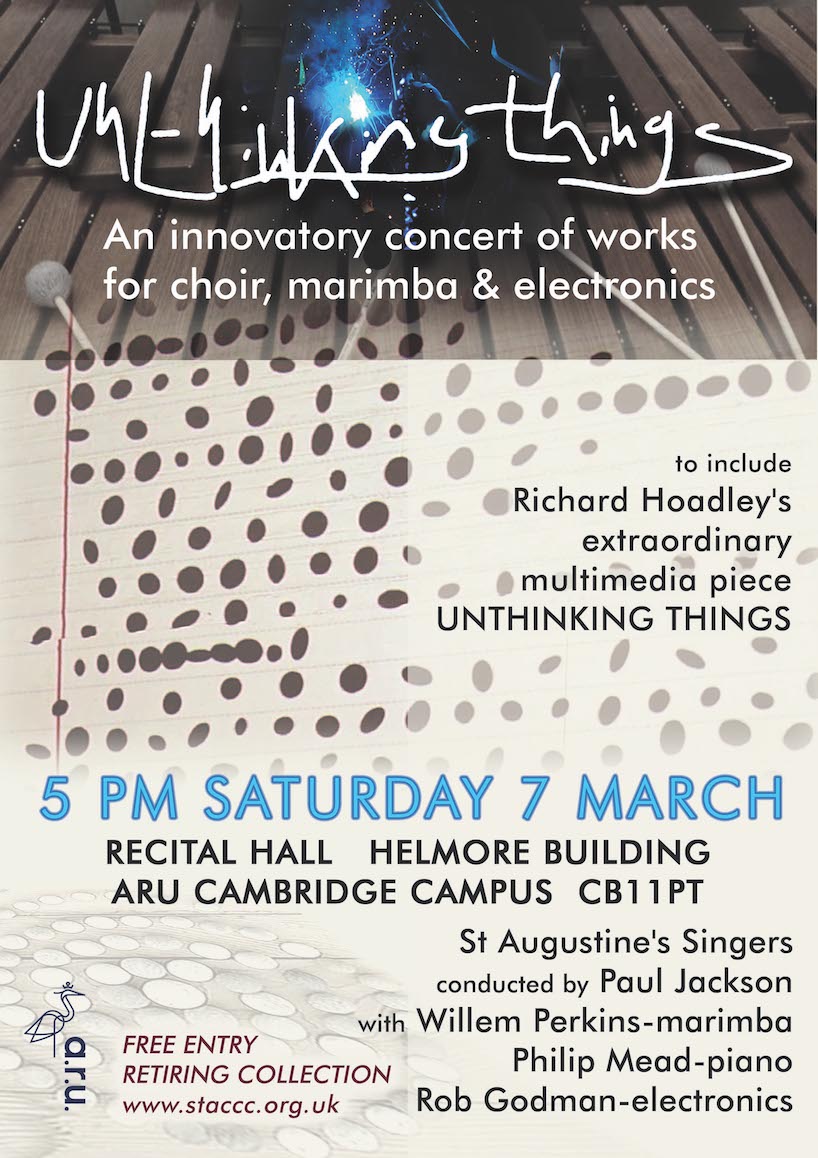 'Unthinking Things' is a cross-domain, algorithmic, generative and dynamic composition/performance based around concepts investigated by Bishop George Berkeley in 'A Treatise Concerning the Principles of Human Knowledge', written in 1710.

The treatise investigates the nature of things, dividing them into spirits which have agency in the world and everything else, the latter being 'unthinking things' which can only therefore ever be the object of our perception. Of particular interest is the way in which such anti-intuitive views have not only survived but flourished during the past century. In particular its implications for the idea of the 'meta-author': a creative work having the same relation to the author as the world, its spirits and ideas, have for Berkeley's conception of God. This seems to me to reflect metaphorically the processes involved in algorithnic composition and some forms of performance using technology.

'Unthinking Things' uses algorithmic, automatic processes which structure and articulate aspects of the whole, both en masse and in detail. I also use live and recorded performance data to generate cross-domain expression, for instance producing sonic textures formed by the sounds of basic materials such as stone, wood or metal ('unthinking things') from readings and recordings of Berkeley’s texts. In this way and others, the piece interrogates the nexus between the written and the spoken, the notated and the improvised.

The version performed in March 2018 is exploratory, intended to help answer some technical questions which might allow for an expanded and adventurous event in the future. 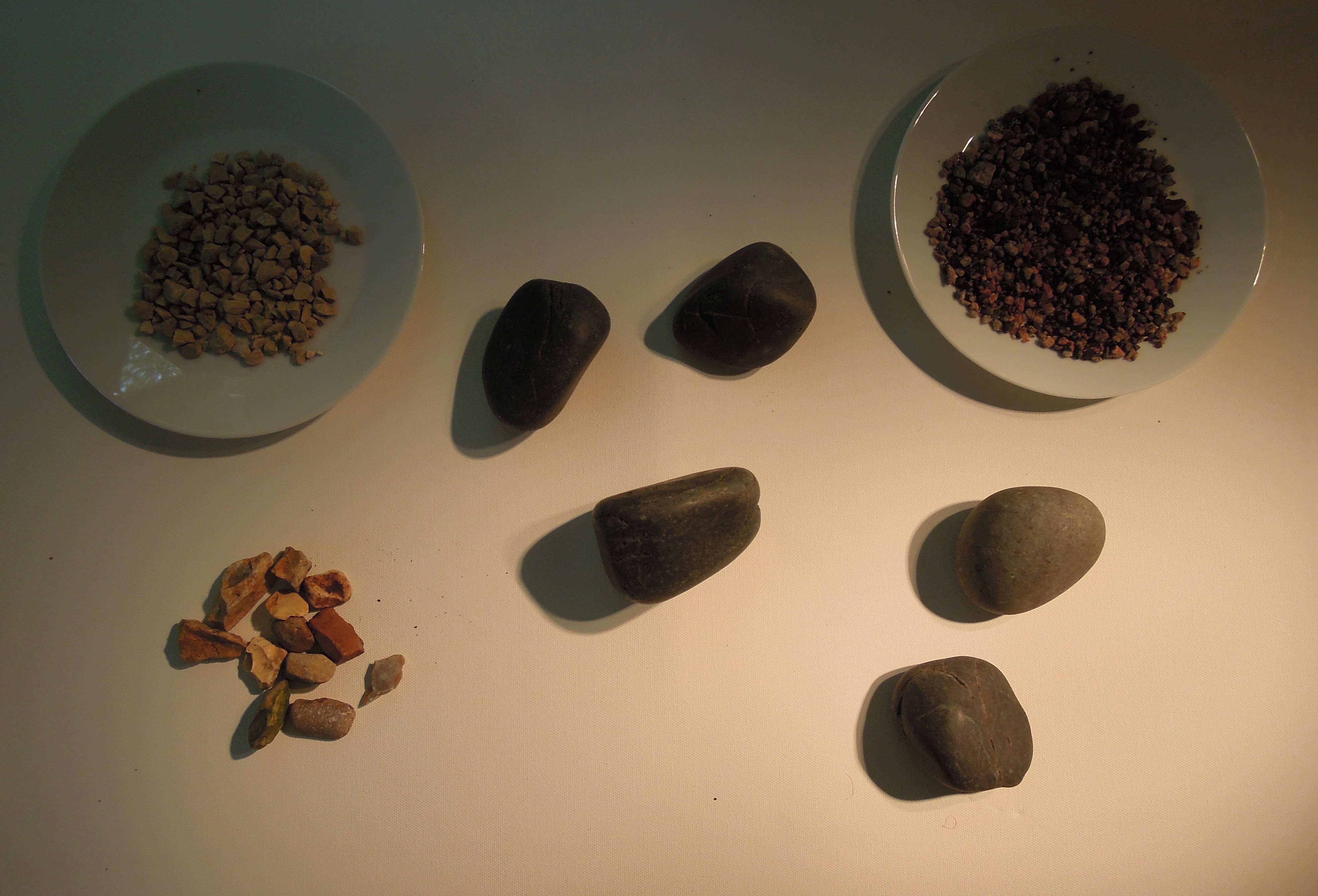 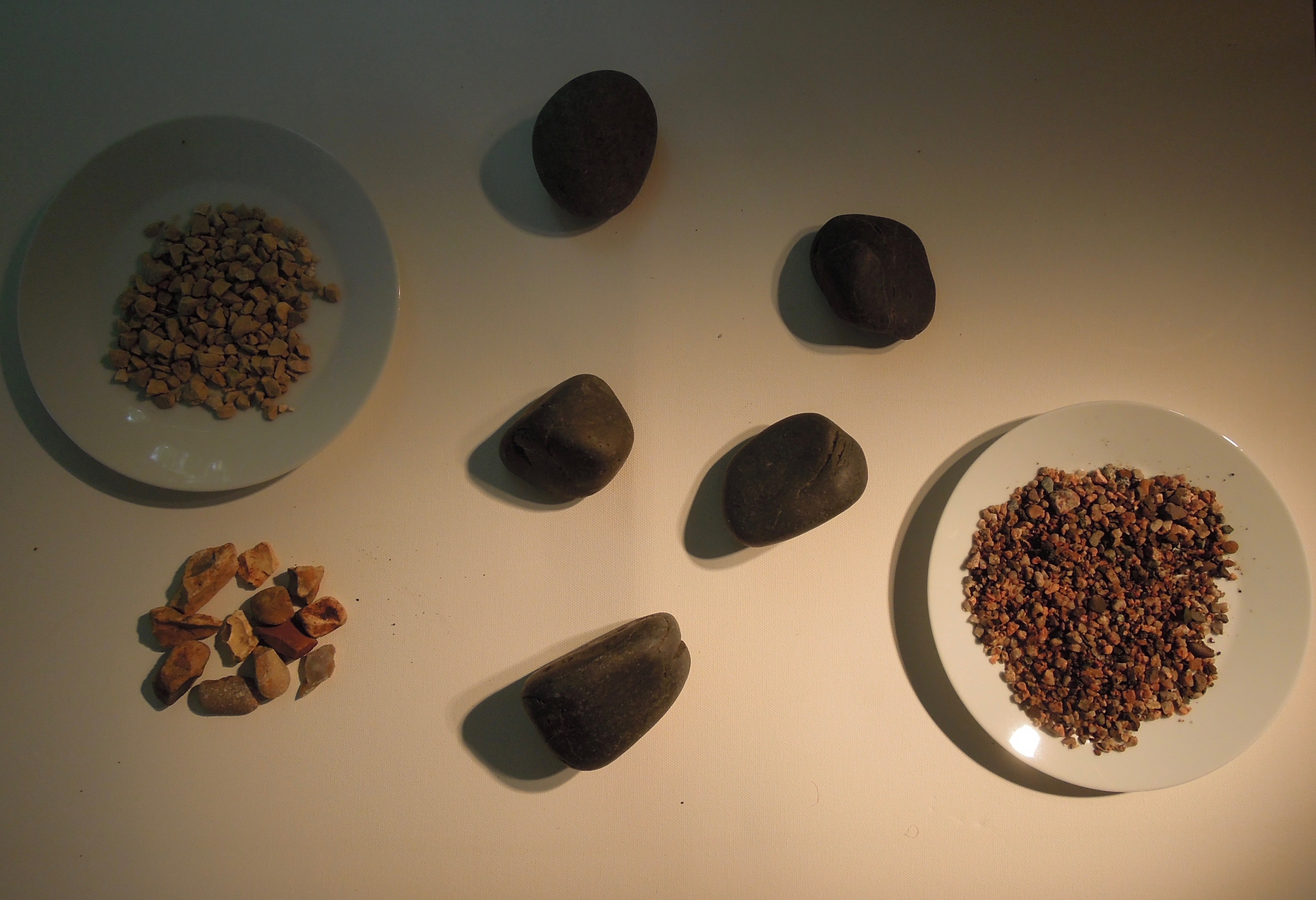